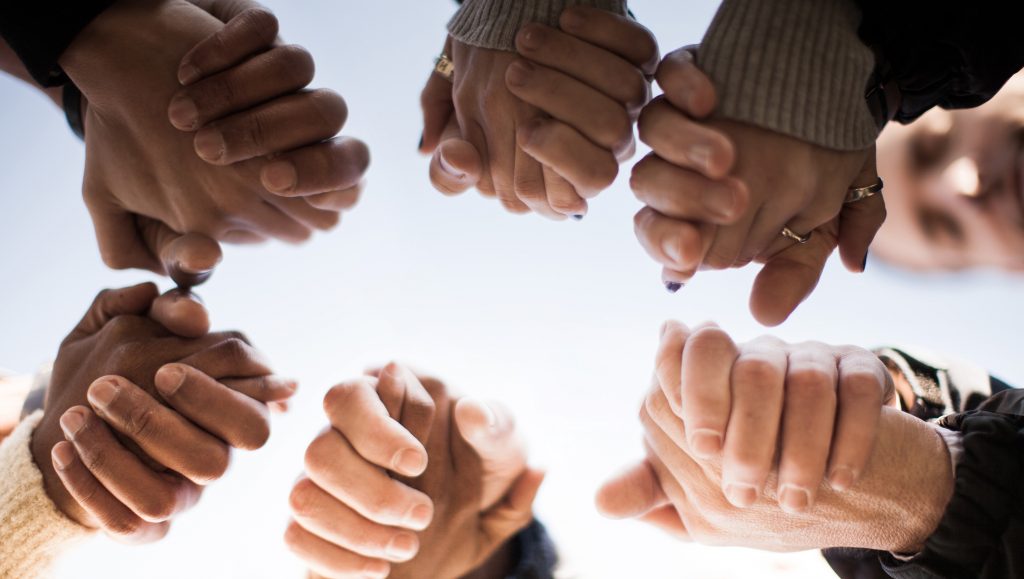 The week of August 4th thru 10th has been designated as a week of men coming together in prayer. During this week of prayer, the men of the Western North Carolina Conference are strongly urged to come together each day to pray for each other and all men.

Our prayers will focus on the Discipleship of all Men, Domestic Violence, Child Abuse, Strength of Marriage and Family, Safe Communities and Our Church.  We suggest that each unit hold a short Men’s gathering on Sunday Aug. 4th during church or afterwards to kick off Prayer week.  Each unit can choose to come together daily at a designated physical location or The Group can designate A time for prayer via Skype, Zoom or conference call.

(Watch this space for downloadable materials)

These are suggested topics taken from Kingdom Man by Tony Evans. Available here via Amazon or at  Cokesbury .

We Are Men Against Domestic Violence.

But Who So Shall Offend One Of These Little Ones Which Believe In Me To Stumble, It would Be Better For Him To Have A Heavy Millstone Were Hung Around His Neck and He Were Drowned In The Depths of The Sea.
— Matthew 18:6

As Husbands We Are Guided By Christ’s Command To Love Our Wives As He Loved The Church. We Will Honor Our Wives In The Presence Of Others And In Conversation. We Believe That a Faithful Husband Honors His Marriage And The Marriage Of His Brothers.

A Good Man Leaveth An Inheritance To His Children’s Children.
— Proverbs 13:22

But If Serving The Lord Seems Undesirable To You, Then Choose For Yourself This Day Whom You Will Serve, Whether The gods Your Forefathers Served Beyond The River Or The gods Of The Amorites, In Whose Land You Are Living . But As For Me And My Household, We Will Serve The Lord.
— Joshua 24:15

As Iron Sharpens Iron, So One Man Sharpens Another
— Proverbs 27:17.

As Brothers In Christ We Will Be Accountable To Each Other, Committed To God’s Word And Accept The Role He Has Places On Us.

For We Are God’s Workmanship, Created In Christ Jesus To Do Good Works, Which God Prepared In Advance For Us To Do.

I Am A United Methodist Man, God’s Call On My Life And My Obedience To Him Makes Me A Radiant Power. Through The Faithfulness Of My Commitment To Him, I Become A Living Symbol, The Hands And Feet Of Jesus, A Sign of His Kingdom Here On Earth
-Neil Brown, past WNCCUMM President.